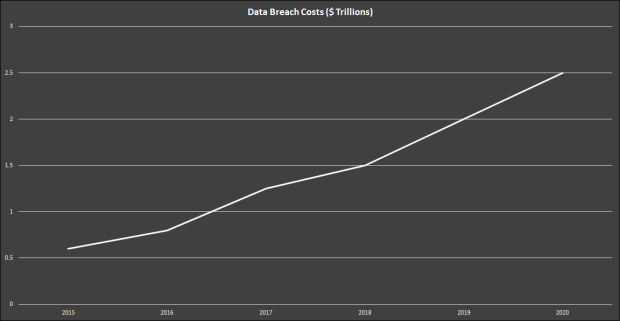 Data breaches are expected to not only intensify in terms of their impact, but also grow more prolific. Globally, there were 6,000 breaches in 2015. This is expected to reach 16,000 by 2020. The increase will be due in part to the growing attack surface caused by the growth in enterprise data. According to IDC, total worldwide enterprise storage capacity will be 521,000 petabytes in 2020. 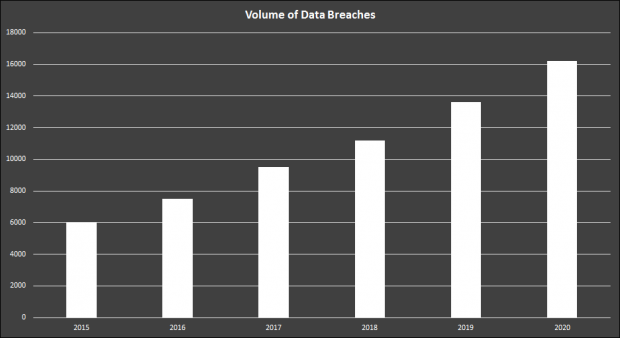 Presently, approximately 60 percent of data breaches occur in the United States. The proportion is expected to fall to 50 percent by 2020 with the growing digitization of the rest of the world.

Despite the growth in mobile communications and IoT (Internet of Things), the majority of breaches are expected to arise from the exploitation of vulnerabilities in existing IT and network infrastructure rather new and emerging technologies.

The full report is available at Juniper Research. The report provides an in-depth analysis of the current and future threat landscape including sector-by-sector trends and forecasts.